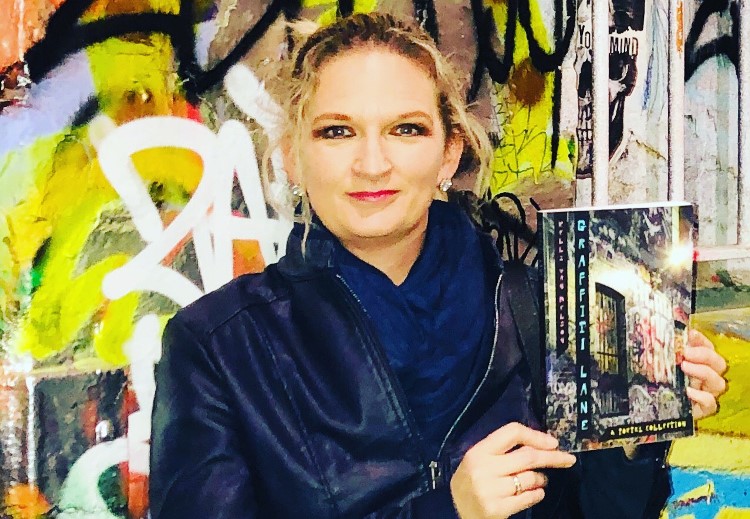 As a mum of two, working full-time, life has been hectic for as long as I can remember. I travel most weeks as part of my corporate role as Managing Director on the executive board of a Fortune 500, and recently moved to NSW so have no support network around to lend a helping hand. Just to add to the madness, my husband works in a fly-in-fly-out position in the oil and gas industry. So, when my literary business suddenly landed in the spotlight as a result of my debut book, Graffiti Lane, rising to #1 Poetry Bestsellers on Amazon, careful time management became critical.

My diary rapidly filled up, not only with the usual days of strategy planning, client visits and team meetings, but evenings also began to pack out with responding to media enquiries, interviews and author talk requests. I was also getting behind the mic at poetry slams around the country to leverage the spoken word to raise awareness on social issues such as bullying, domestic violence, and mental health. My work promoting antibullying initiatives through use of the written, spoken, and visual word has resulted in becoming the winner of this year’s AusMumpreneur Awards in the category of “Big Idea – Changing the World”, something I am still bowled over and humbled by. In between all of this incredible traction, I was operating as designated taxi driver to wherever my two teenagers were rushing off to, all while trying to make sure there were freshly cooked meals on the dinner table.

My husband and I would try to sanitise our travel schedules to avoid overlapping. Every appointment was meticulously booked, yet I was dropping the ball. I was the mother forgetting the oranges at netball, the embarrassed parent turning up at kid’s parties on the wrong day, the scatty woman accidentally leaving her handbag in a café at least once a week. To unwind from the day’s insanity, I would write late at night after everyone else in our house had fallen asleep. Before my book came out, I had hardly told anyone about my secret life as a writer, but as my work made it into various international publications, the cat finally made it out of the bag. It’s led to the most common question I get asked at book talks.

How do you juggle everything?

At first, I found myself dancing around this conundrum. I’d never allowed myself a breather to look at the big picture around the direction life had taken. Yet this question played on my mind, challenging me to stop and think about how I was managing so many moving parts. I realised my life was hurtling along, compartmentalised into three parallel worlds, all competing for time, energy, and my full attention. Family. Work. Writing. It was mentally taxing. The book launch was the catalyst for change. My publisher coached me on being present in the moment by enjoying the hype of the book hitting the shelves and balancing it with magical moments of family down time. I also have an incredible business mentor who spoke to me at length about making the most of being in the public eye by allowing my authentic self to shine through in all corners of life. Having a mentor and also being a mentee brings enormous value in bringing new perspectives to what can become a clouded thinking process in the daily rush.

The result is a new blended approach to life. I took my daughter into my new Sydney office to meet some of the team and engaged with my son’s school to participate in a career fair, sharing insights with two hats on, as both an author and a corporate senior leader. My children are now my biggest supporters at various literary events as well as my toughest critics. I spoke publicly to colleagues on National Antibullying Day about the power of resilience during my tough childhood and the importance of mutual respect in the workplace. I had always tried to front up as Superwoman to mask the imposter syndrome feeling of never being good enough, so being more vulnerable like this with colleagues about deeply personal issues was alien and incredibly difficult at first. It felt like I was baring my soul to people who had never seen that introspective side of me before. But it was also liberating to let the barriers down. I could be a mum, business leader and a writer all at once. No more jumping between multiple personas.  Now I’ve merged my parallel worlds into one universe where I have way more space to be just me, one whole and authentic person.

I would encourage all working mum’s out there to find a good mentor and to embrace everything you do with absolute, unwavering, authenticity.

You don’t have to be Superwoman. Just be you. It’s enough.

About our Guest Author

Kelly Van Nelson is the bestselling author of Graffiti Lane: A Poetry Collection and is represented by The Newman Literary Agency. Her short stories, non-fiction articles, and poems have featured in numerous international publications. She is the recipient of a KSP First Edition Fellowship funded by the Western Australian Government and is a prominent antibullying, domestic violence prevention, and mental health awareness advocate, leveraging the power of the spoken, written, and visual word to drive change in the world. In the spare time that she doesn’t have, you will find her hanging out on the open mic around Australia, performing poetry about social issues to raise cross-genre conversation amongst teens and adults. Those who know her well will vouch for the fact she is an outspoken Geordie who loves to eat British Monster Munch crisps as a distraction from her insomnia. Her website is www.kellyvannelson.com.